The Coast of Isle of Vir is surrounded by predominantly sandy and pebble beaches, part of a pine forest with crystal clear sea, making this island ideal for family vacations. The proximity of the two, northern and southern seas allow pleasant bathing during summer winds. The rocky coastline in the northwestern part of the island, abounding in marine flora and fauna, makes an attractive diving area for the lovers of sea depths. Numerous coves and coves with docks and anchors enable yachting sailors on their way to a chain of 300 islands and islets, including the Kornati National Park. Apart from swimming, windsurfing, windsurfing, scooters and other water sports, hiking lovers can enjoy the magnificent panorama of the entire isle Vir, nearby islands and Velebit (1750m) from the top of Bandire (112m). Those who like mountain-biking will strongly recommend this area for that kind of sport. On the beach in the Sapavac bay, near the Venetian fortress of Kaštela, there is a peloid mud for the treatment of rheumatic diseases, to which we refer to the elders.

Because of the ideal position on the Croatian Adriatic, Vir is a perfect place for trips to national parks: Paklenica with imposing canyons, 200 island islands and islets, Krka waterfalls and Plitvice lakes. Nearby is also the old Croatian royal town of Nin with the smallest cathedral in the world – Sv. The cross, and 3000 years old Zadar whose core is abundant with historical monuments.

VIR – this 22,3 km2 island is separated from the mainland by a narrow passage called Privlachki gaz , which is spanned by a bridge which connects the island with the mainland. In the eastern part of Privlachkog gaza lies the Školjich islet, covered with pine forests and a long sandy beach, which is a specialty. The islet was until recently connected with isle Vir during the low tide and was an integral part of it.

The position of the isle of Vir in the center of the Adriatic and the connection with the mainland (an island that is no longer an island), the indented coast and above all the healthy Mediterranean climate, are the essential prerequisites and advantages of this island in tourist development. Climatic features are of great importance for the population and the appearance of some space. Vir lies in the area of the true Mediterranean. The number of sunny hours per year is 2450, almost 300 sunny days, making it a pleasant destination in off-peak season. The average amount of rainfall is somewhat above 1000 mm, unevenly distributed so that in the summer months there is an average of 5 to 6 days when the rain appears, and during the main season this number is doubled. The winds are the most significant climate characteristic of isle Vir.

In winter the winds of northern quadrangles, bura and tramontana prevail. Autumn and winter are often jugo and levanat. In the spring comes the maestral, which is the main and refreshing wind of the western quadrant in the summer months. Maestral relieves summer temperatures and creates good conditions for sailing and surfing. The average temperature on Vir is somewhat above 15 ° C, and the average temperature in July is about 25 ° C, while the lowest in January is 6.5 ° C. This healthy climate certainly affects the health and longevity of residents.

From the north to the west and south isle of Vir is surrounded by the islands of Pag, Maun, Planika, Olib, Ist, Molat, Sestrunj, Rivanj and Ugljan. It has an area of 22.38 km, a length of 10.12 km and a maximum width of 4.25 km. The coast line is 31.43 km. Due to the favorable depths in the Vir sea, along the Vir are important maritime routes to Rijeka, Italy, Zadar and South Croatia. Because of these sea routes on the western part of the island, a lighthouse was erected. Through the channel Nova Povljana for larger, and through the Gaz for smaller ships, the sea passes through the Nin and Ljubachki bay and Ljubachka vrata (Fortica) to the Velebit Channel.

Swimming and beaches on isle of Vir

Jadro – the most beautiful beach on the isle of Vir. Pebbles on the coast, sand in the sea, pedal boats, water skiing rentals. Sun loungers, ideal for picigin, coffee shops on the beach. Nearby is the main marina (departing boats on trips to the Zadar aquatorium), pastry shop, pizzeria, cafe bar and aqua park. Duboka Draga – crystal clear sea, beyond each settlement (in the northwest of the island), it is possible to approach the boat or sailboat. Untouched nature combined with red rocks and a sandy-sandy beach will surely delight you. Biskupljača – beach and harbor for boats, sand in the sea, outside beach concrete + stone and gravel Velika Slatina – Natural beach, in the sandy sea, outside pebble Mala Slatina – decorated 300 meters beach, tree-lined, bench, sand bottom sand and stone, proximity pizzeria, cafe bar and bistro Lučica – an old harbor for boats, decorated and fenced beach. The sea floor is partially rocky and partly sandy, tree-lined, benches, concrete (outside), sports facilities (scooters, pedal boats). Caffe bar, disco club, bistro, shops and taverns on the beach and in the immediate vicinity. Žitna uvala – sandy sea bottom, outside chalet and concrete. In the immediate vicinity there is a cafe bar and a pizzeria. M. Prezida – sandy sea bottom, outdoor cabins and concrete, lots of private apartments, playground for children and young people. D. Prezida – sandy shallow sea, outdoor beach: primer – concrete. Plenty of private apartments, catering facilities: pizzeria, restaurant. Miljkovica – partly sandy and partly rocky sea bottom, there is a small pebble outside. The beach is interesting because of the proximity of a large number of private suites. Marina Luka – a rocky beach with a concrete path. Close to cafe bars and shops. On the beach it is possible to rent a scooter. Within the beach there is a marina for smaller boats. Radovanica – sandy and rocky beach, the beach is surrounded by a concrete path, a tree-lined promenade, benches, car-camps. On the beach there is a cafe bar and a pizzeria, as well as sports facilities and a lunapark. Kozjak – pebble beach, sand in the sea, half of the beach is sunny in the sun and half in the shade, close to Kaštel Fort, on the south side of the beach closes Kozjak. The beach is characterized by a stone that is like a brushed stone. Sapavac – grassy and sandy terrain, sandy beach, peloid mud on the beach (cure rheumatic diseases). Pine forest with excellent shade and beautiful view (near Kaštelina historical tower). The bay is located on the south side of the island and is located so it is protected from wind (bura, jugo). The beach is suitable for excursions (Nin, Zadar, Dugi otok, Kornati …). Uvala Pedinka – pebble beach, in the sandy sea, perfect for anchoring yachts and sailing boats, shade and pine forests. Meka – a completely natural beach away from any settlement, clear sea and peace, stone shore. Suitable for coming with a speedboat or motorboat. 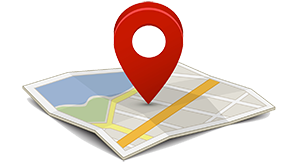 We offer two completely new and equipped apartments for up to 6 persons each (4 + 2).

The apartments are in an extremely convenient location, located in a quiet street and close to the center of Town Vir, beaches and pine forest.